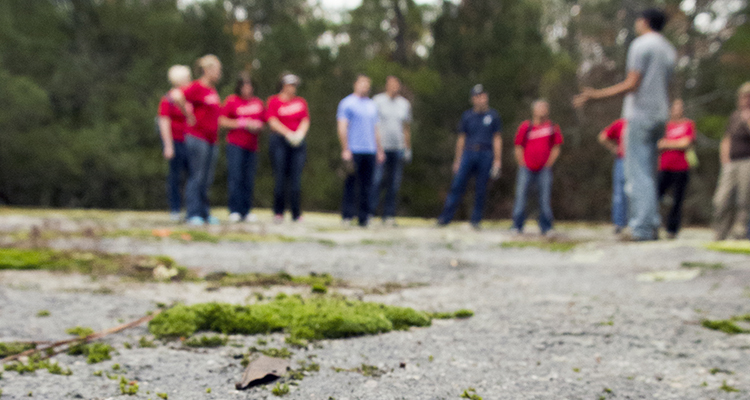 A State Registered Natural Heritage Site, the exposed granite rock supports a unique community of bryophytes, over 44 species of lichens, and flowering plants, including sandworts and sedums. In addition to the granite outcropping, Temple Flat Rock has about 5 acres of mature oak-hickory forest and 13 acres of loblolly pine forest. TLC is working to restore the remaining areas, historically cultivated as agriculture, into a more diverse warm-season grassland by removing invasive species, conducting prescribed burns, and planting native warm season grasses and forbs. The Center for Human-Earth Restoration (CHER), a nonprofit environmental education organization, regularly brings students to Temple Flat Rock as part of their after-school and summer camp programs. Temple Flat Rock is not open to the general public, but can be visited through guided programs and scheduled educational events.

Learn more about CHER and how they use Temple Flat Rock Preserve to teach children an appreciation for the natural world around them by watching this video by UNC-TV: