McIver Landing on the Deep River

A public boat launch on the Deep River 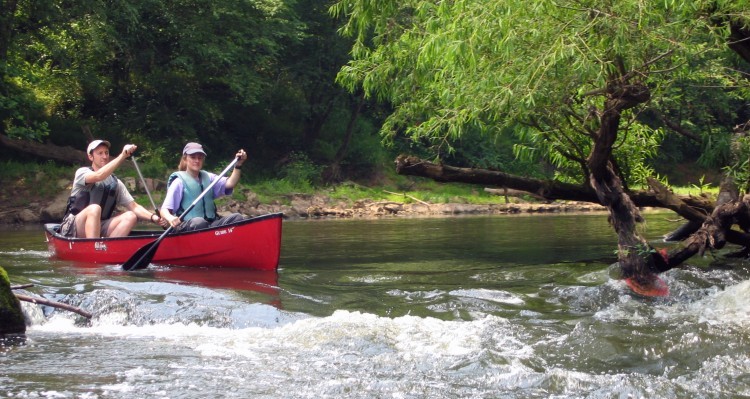 The Deep River is a great canoe and kayak destination for paddlers of all abilities.

About McIver Landing on the Deep River

Moving downstream on the Deep River, you barely notice the crumbling stone structure rising on the right about 50 yards inland. But, if you pull over to the one break in the Deep River’s steep banks to tie up and investigate, you may shortly assume you have stumbled upon an ancient Mayan ruin — mysteriously plopped down in Lee County. 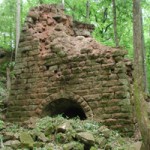 It’s actually the Endor Iron Furnace which produced iron from 1862 into the 1870s. This is just one of the many surprises you’ll find paddling the Deep River for its last 37 miles before it combines with the Haw River to form the Cape Fear River. The furnace is a massive structure, standing 35 feet high and built of brownstone blocks weighing up to a ton. Standing at its massive base, it’s hard to imagine what other secrets the Deep is managing to keep from you.

The one about the coal mining industry that thrived here from 1850 to 1930, for instance. The Carolina Mine, McIver Mine, Black Diamond, Gardner, Murchison — these mines all thrived along the river, a river that was once dammed and locked in an effort to transport goods downriver by barge. Or about the Camelback Bridge, which served as a key transportation link when it opened in 1910, but has since been relegated to pedestrian traffic as the key attraction of Deep River Park. Or about the textile mills that were once prevalent in this area.

You’re forgiven if these secrets remain such as you paddle the river because it has an allure all its own. The Deep River’s name comes not in reference to its water, but rather its streambanks. They rise steeply from the river, giving the wide river a cozy feel. The feeling is enhanced by the dense curtain of trees, including an abundance of sycamore, beech and oak, and understory, buckeye, and pawpaw in particular, lining its banks. In the heat of summer when the middle of the river is exposed, you can find relief in the shade of one bank or the other. And while much of the Deep is flat water, a smattering of Class I and II rapids along the way will keep you from getting complacent.

TLC has helped conserve more than 3,000 acres along the river, and in 2007, the state officially established the Deep River State Trail. Two separate tracks in Chatham County, comprising approximately 944 acres, were obtained through a partnership between TLC and the N.C. Division of Parks and Recreation to establish the trail. Eventually, the trail will run from the Randleman Dam downstream to the Cape Fear.

The six access points already available on the Deep River make it one of the region’s most attractive paddling destinations. You can explore the river on your own, or join a guided trip with area outfitters like Frog Hollow Outdoors.